39 Paleovalley of the Oude Kale 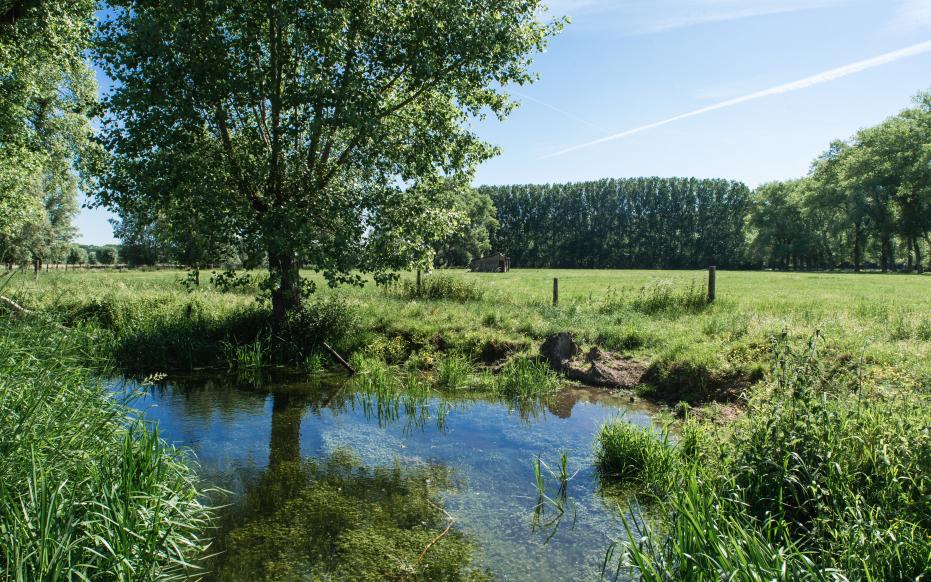 During the Pleistocene, the area was located on the western edge of the Flemish Valley. At the transition from the Weichsel Pleniglacial to the Late Glacial, the rivers of the Scheldt Basin evolved into single meander channel systems. Although the Oude Kale is now a small river, the old broad meander bends testify to a past as a major river. The elongated ridges in the flatlands of Vinderhoute are probably meander valley ridges of this stream. The valley of the present Oude Kale reflects the position at which the system stabilized thanks to the forest vegetation that developed during the warmer periods. The Oude Kale belonged to a much larger river that ran toward the Moervaart depression. The lake in this depression drained into the Scheldt via the Durme. At the height of the Vinderhoutse bossen, we see a circular depression on the elevation map. Here there is a layer of marsh limestone in the subsoil. This indicates a shallow pool of standing water, which probably dates from the Late Glacial. 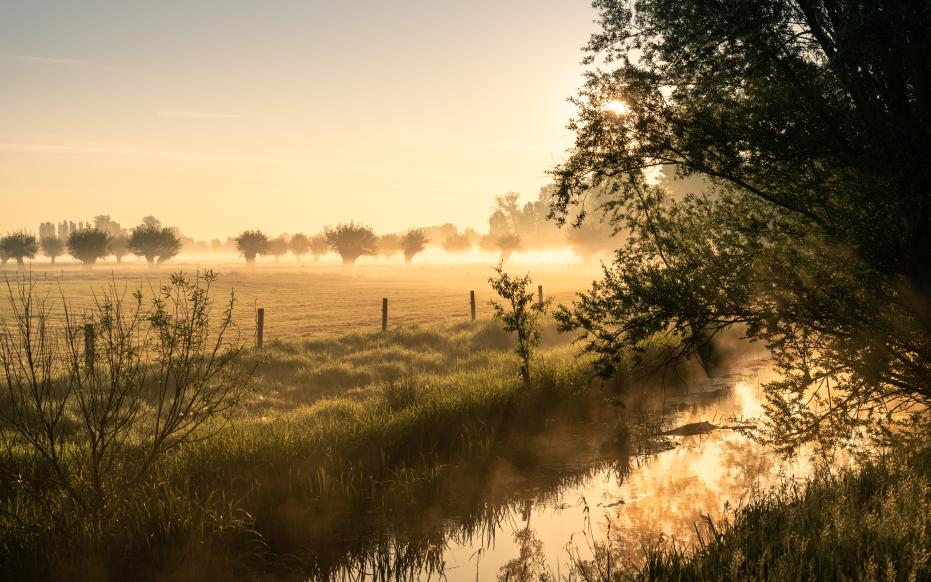 During the Middle and Late Holocene, the Oude Kale was a much smaller river. Beginning in the Middle Ages, the valley did become systematically inhabited and mined. In a first phase, only the higher, well-drained "kouters" or "open fields" around the settlements were cultivated. Due to the medieval population growth, from the 12th - 13th century the surrounding wetter grounds were also reclaimed. Canals were dug to drain these lakes, creating a pattern of often narrow, small plots. Wood edges or rows of trees along the plot edges reinforced drainage, kept grazing cattle inside and served as a source of wood. These plantings gave the so-called bulking landscape, characteristic of the wet soils in the region around Ghent, its closed character. At the foot of the Landegem ridge, near Heiste and Wilde, these plot patterns are still well preserved in the landscape.

In the 19th century, the hay meadows largely fell into disuse and the lands in the valley were mainly used as grazing meadows with planting of pollard willows and poplars. During the 20th century, the water balance in the area was greatly disturbed by the construction of the Schipdonk Canal, the Ghent-Ostend Canal and the Ring Canal. Between Merendree and Vinderhoute, the Oude Kale largely retained its original course.