The Drowned Land of Saeftinghe, at over 3,500 ha, is the largest salt marsh area in the Netherlands and one of the largest brackish water salt marshes in Europe. It lies in a large inner bend of the Western Scheldt, where it flows into the Netherlands from Belgium. The Drowned Land of Saeftinghe is a unique nature reserve, where natural tidal processes are undisturbed. The area houses the remains of several villages, which perished when the polders of the time drowned. 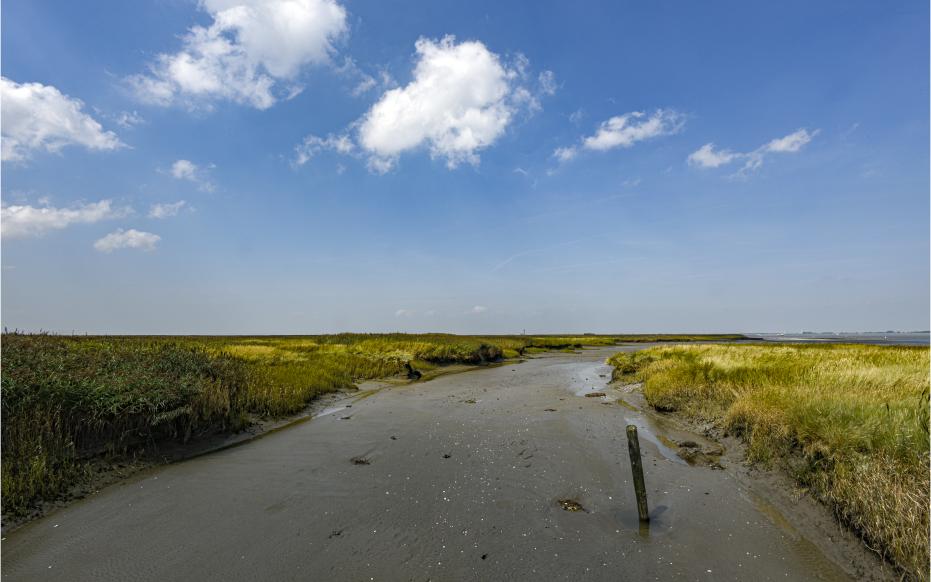 During the last ice age, Zeeuws-Vlaanderen was a cover sand landscape. At the end of this time, the climate warmed up and the sea level rose. Due to inadequate drainage, the cover sand landscape changed into a peat bog. The peat continued to grow for thousands of years and around 750 B.C. all of Zeeuws-Vlaanderen was covered with peat. In the Late Iron Age, farmers began draining the peatlands, causing the land to sink and the sea to gain more and more control. This led to Zeeland being flooded for centuries, in the area of Saeftinghe the flooding took place from the 7th century AD. The landscape remained a tidal area until the first dikes were built. The first phase in which the area was lost involved a military inundation to drive out the Spanish occupiers. Probably the locks near the village of Saeftinghe were breached, after which tidal channels could form within a few months. Only in 1715 was the "Polder van Namen" lost, after a disastrous flood swept away the dikes and floods turned the land into a salt marsh.

The Drowned Land of Saeftinghe is now an outer dike area with silted up and overgrown salt marshes, bare mud and sand flats, channels, gullies and creeks. The area forms, because twice a day at high tide sediment is brought in from the Western Scheldt. The highest parts are the salt marshes, which only flood at very high tides (spring tide and storm surge). Water is brought here via a branched system of creeks. The creeks and channels within a salt marsh area constantly change course, creating a wide zone of creeks and channels. On the salt marshes themselves, mostly clay is deposited during high tide. In addition, the salt marshes are often overgrown with salt-loving plants. 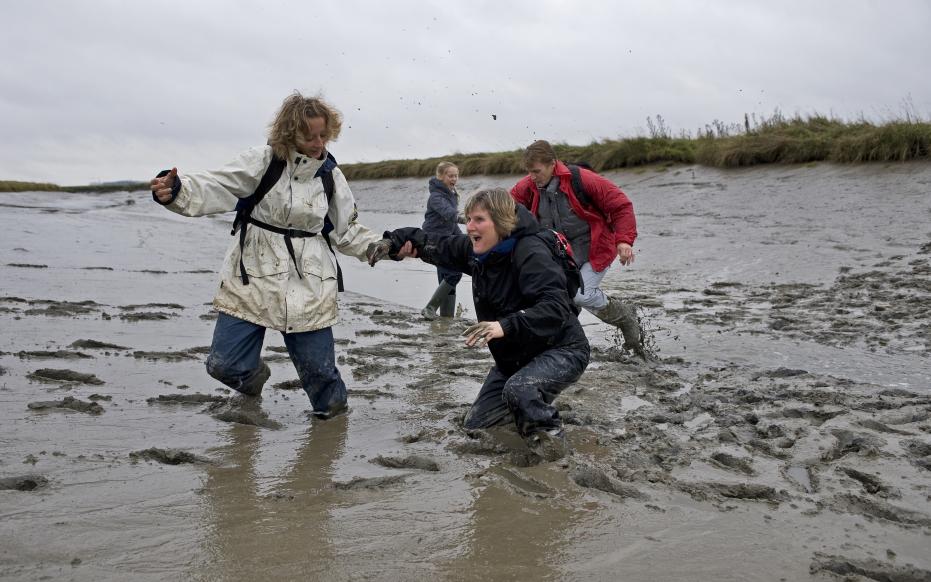 There are also differences in height on the salt marsh. Thus, parallel to creeks and gullies, so-called banks may form. This happens because the flow velocity of the water that steps outside the banks of the channel suddenly decreases. Thus, directly along the gully a slightly higher embankment forms. Further away from the channel, lighter and finer material is deposited. As a result, the lower lying so-called bowls, which are much more clayey, form here. At 4.80 m, the Drowned Land of Saeftinghe has the largest tidal range in the Netherlands, which allows relatively high and distinctive embankments and wide gullies to form. This large tidal difference is due to the narrowing of the Western Scheldt inland. This pushes the tidal wave entering the estuary high and greatly increases the high water levels and tidal range in the inland direction.