The Western Scheldt is the Dutch part of the estuary of the river Scheldt, which rises in northern France and flows through Belgium into the Netherlands. The entire Scheldt estuary (the part of the river under tidal influence) extends from the mouth at Flushing to Ghent, where weirs and locks stop the tidal flow. The part of the Scheldt estuary on Belgian territory is also called "Zeeschelde". With an area of about 35,000 ha, the Scheldt estuary is one of the largest estuaries in Europe, and with its 160 km length from Vlissingen to Ghent, it is also one of the longest estuaries in Europe. The mixing of salt seawater with fresh river water means that in the Scheldt estuary there is a complete gradient from salt over brackish to completely fresh. The estuary is a very dynamic area consisting of tidal channels of varying depth and tidal flats, mud flats and salt marshes. 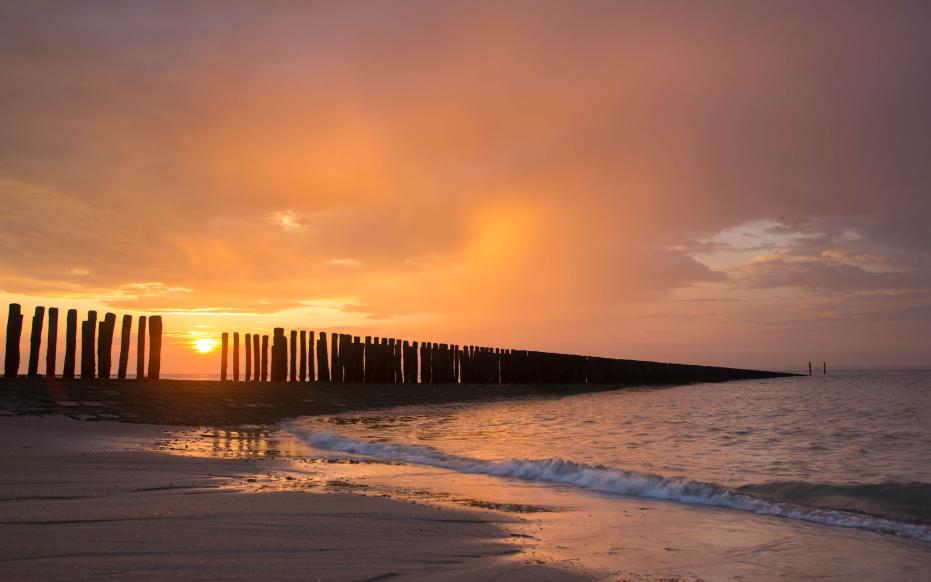 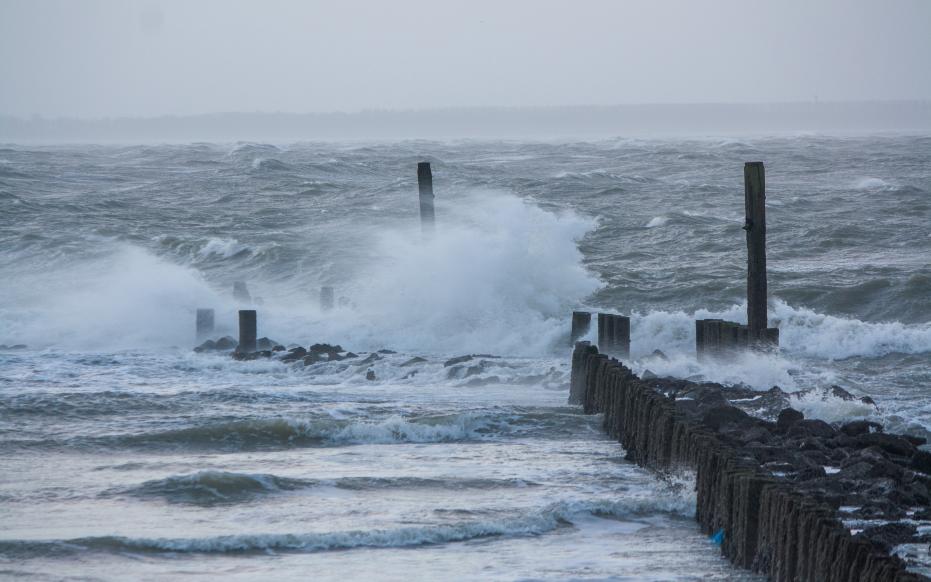 In many places along the Western Scheldt, a number of characteristic estuary landscape elements can be seen from the dikes at low tide. The so-called salt marshes (or salt marsh) are closest to the dike and are largely overgrown. Further away from the dike are the mudflats, which are flooded and uncultivated at every tide. Flats also lie between high and low tides, but are not attached to the shore and are in the middle of the wide estuary. Most of the flats are uncultivated and, because of their sandy bottoms, are more reminiscent of a beach, in contrast to the silty and "muddy" mudflats. Exceptionally, some parts of slabs are so highly silted that they no longer flood daily, becoming overgrown and forming salt marshes. This is the case with the "Hooge Platen", the Ossenisse plates and the Walsoorden plate. Between the tidal flats and the banks of the Western Scheldt are large and deep tidal channels used as shipping lanes for sea vessels calling at the ports of Antwerp, Terneuzen, and Ghent. Locally, such deep channels cut ancient deposits of Paleogene, Neogene and Pleistocene age, from which they absorb fossils deposited on the banks of the Western Scheldt. 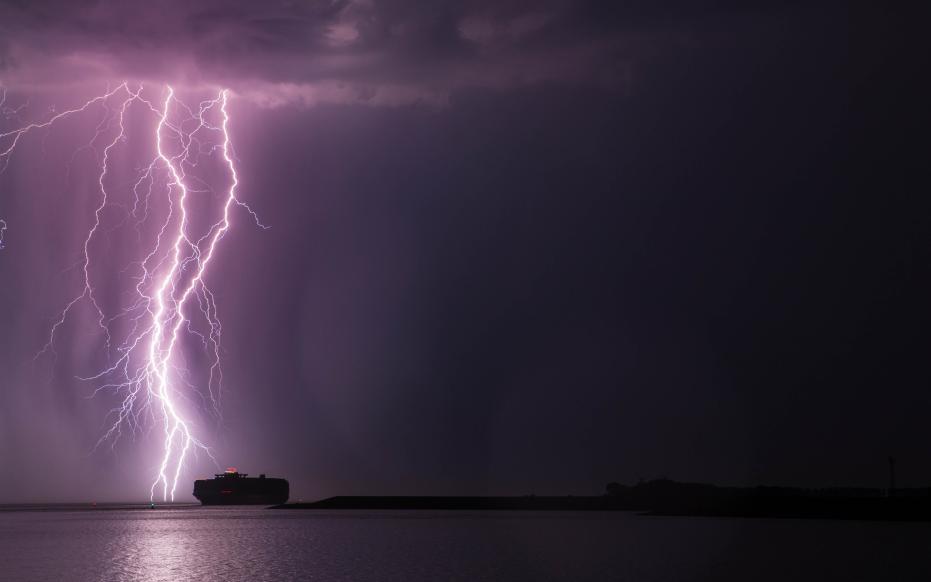 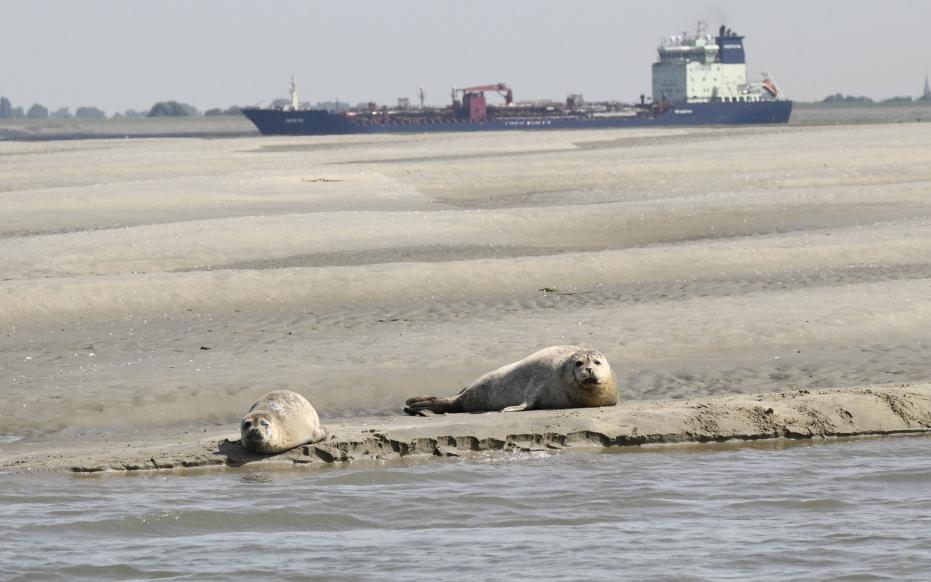 The workings of an estuary

At an average high tide, about 1 billion cubic meters of seawater flows into the estuary at Flushing. The amount of water flowing in and out of the estuary depends on the bowl storage. Changes in bowl storage due to natural or human causes have large-scale and sometimes irreversible consequences for the development of the estuary. The bowl storage increases when, for example, dike breaches cause flooding of polder areas that were previously outside the estuary. This causes more water to flow into the estuary, increasing the size of the tidal channels. Conversely, a reduction of the tidal marsh storage capacity, e.g. by embankment or reclamation of mudflats and salt marshes, causes tidal currents to diminish and channels to silt up. 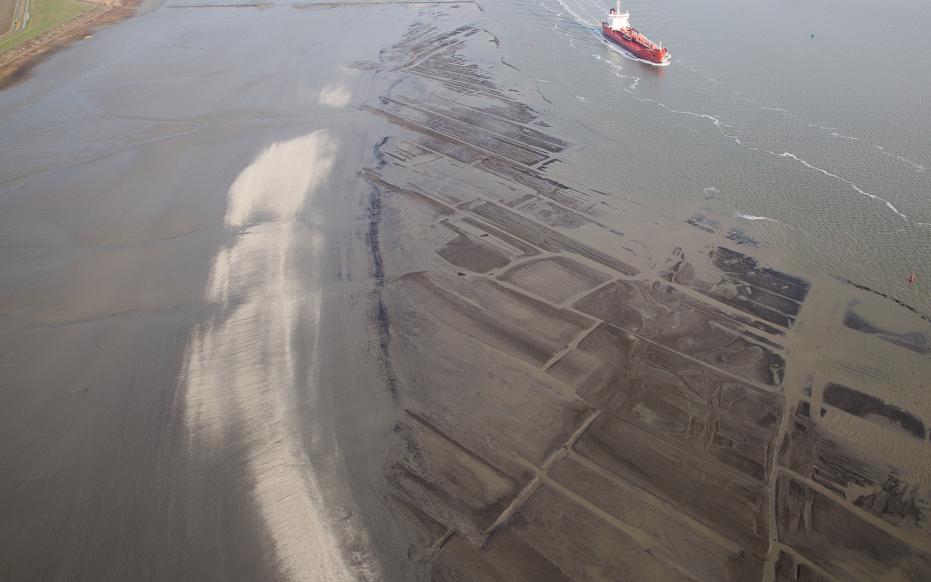 In addition to the natural factors mentioned above, the embankments and reclamations since the 12th century have played a part in the development of the Western Scheldt estuary. It became narrower and deeper, which pushed up the tides and greatly increased the tidal range and flood levels. Also, the tides penetrated further and further into the estuary. Since the early 20th century, the channel between Flushing and Antwerp has been dredged deeper and deeper, causing the tides to penetrate even further into the estuary. As a result, high water levels are becoming even higher, especially upstream of the Belgian-Dutch border, and the danger of flooding is increasing. To increase flood safety during storm surges, areas are reclaimed and controlled flood plains are created.