The polders around Damme are located on the edge of the eastern Belgian coastal plain and border sandy Flanders to the south. Damme, Oostkerke, Hoeke, and Lapscheure are the main settlement centers in a fairly flat polder landscape, which is intersected by the Leopold Canal and the Damme Canal. Elevation differences are limited and mainly caused by the settlement centers, military earthen walls, dikes, open or silted creeks and tidal channels. 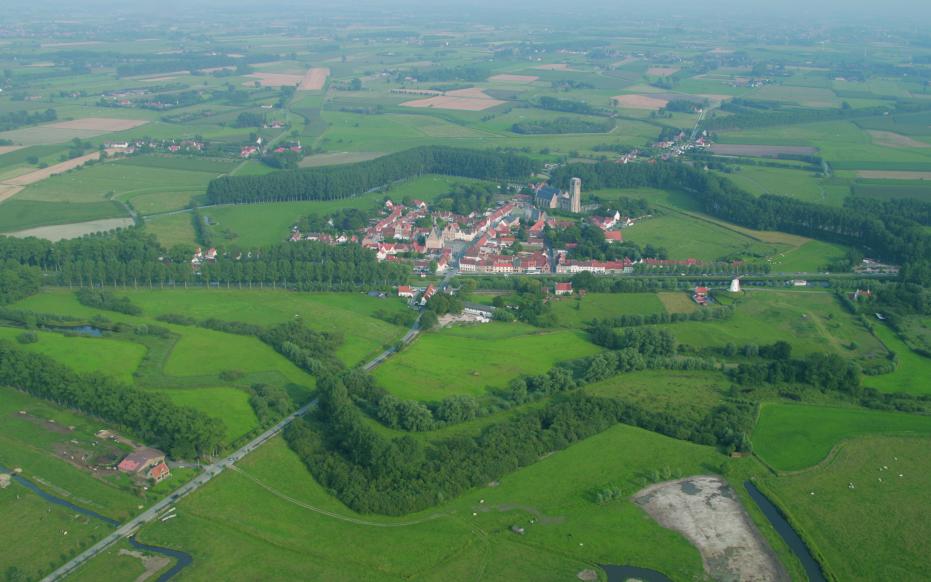 Rising sea levels did not affect this geosite until 7000 to 6000 years ago. The coastal belt shifted seaward until 5500 years ago due to the slowing of sea level rise and the supply of eroded sediment. Along higher edges, a peat bog formed feeding the Pleistocene sand landscape. This landscape continued to expand over the cover sand area and over the silted up salt marsh. 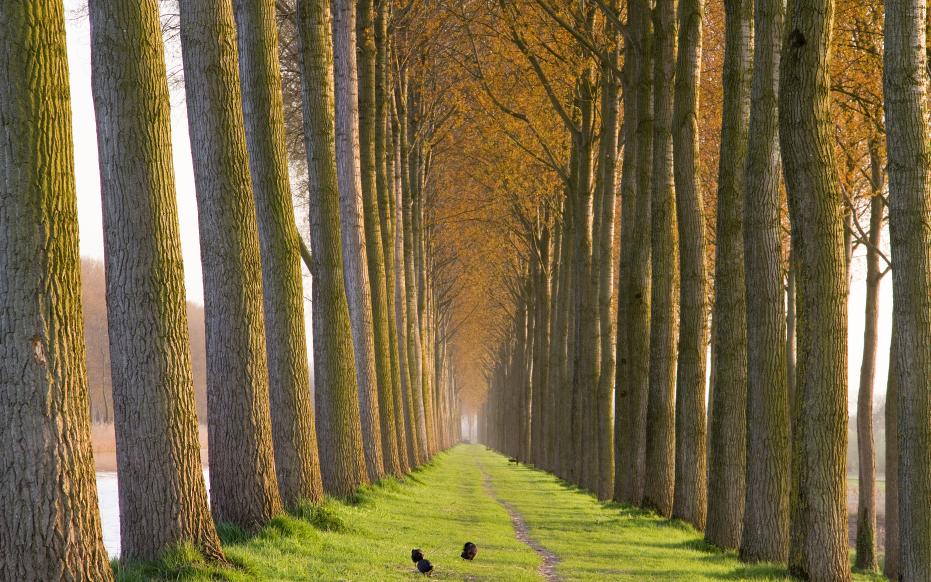 Starting 2800 years ago, climate change and inland deforestation caused increased drainage in the peatlands. As a result, gullies began to cut in and increased tidal space behind the coastal belt. This incision created an open tidal channel landscape with "islands" of older salt marsh and peatlands. The dune belt and cover sand ridges along the edges of the area formed part of a coastal defense line during Roman times. From the settlements, the landscape was drained for small-scale agriculture or peat extraction, and raised roads were established as protection against flooding. In the early Middle Ages, settlements arose in a similar way on mounds located on the salt marsh and along the channels. From these settlements, ring dikes were constructed to protect the nearby area and to intensify reclamation. This created the first polders. 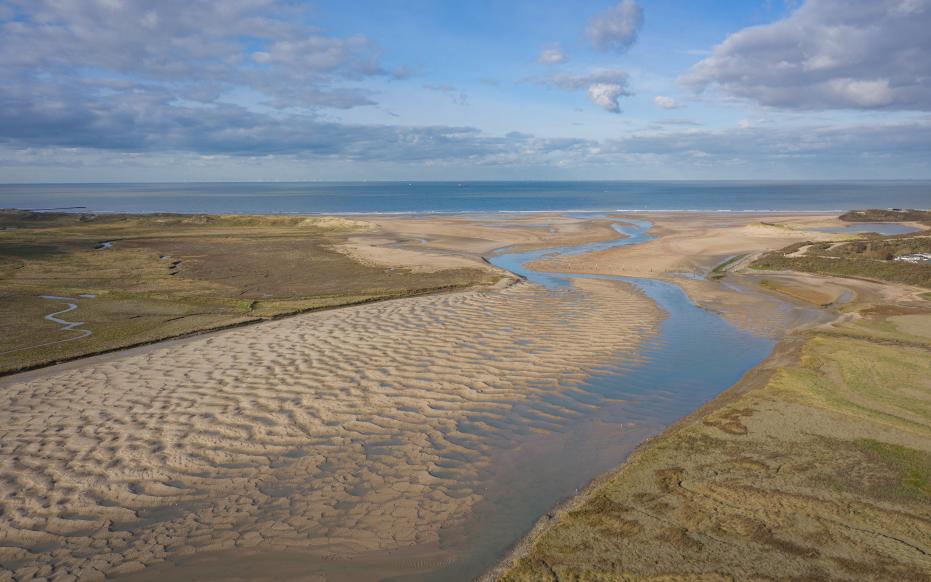 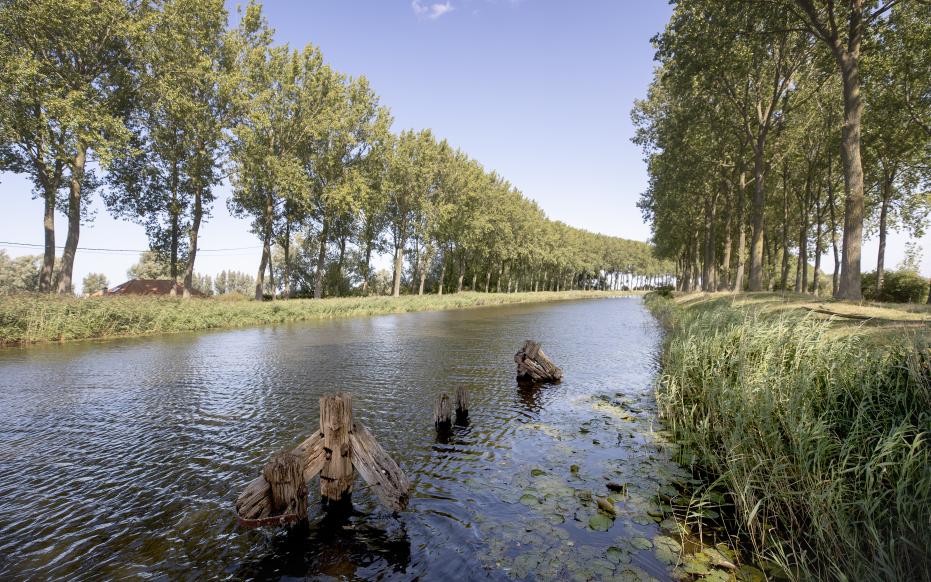 In 1134 AD, a strong storm surge scoured an old estuary of the Sincfal again. Thanks in part to the Zwin, Bruges grew into an international port city. The natural silting up of the salt marsh along the Zwin and the later reclamation caused accelerated natural silting up, making it increasingly difficult for ships to reach Bruges. The reduced navigability of the Zwin channel strengthened the development of outer harbors. During the Eighty Years' War Damme was provided with bastions and during the War of the Spanish Succession the fortress of Bavaria was reinforced. The Zwin estuary was always part of the front line. Flooding was also a war tactic. In the 17th and 18th centuries AD, the flooded area was reclaimed in large, rectangular plots with rectilinear dikes, suitable for more intensive agriculture. The Damse vaart was partly built on the old bed of the Zwin on which the Leopold Canal was laid transversely. The current plot shapes, from jagged to rectilinear, reflect the reclamation history of the time.