Freshwater tidal area and polders of the Scheldt

This geosite includes the Lower Scheldt Valley between the mouth of the Dender and the Ring of Antwerp. In that zone, the Scheldt is a freshwater tidal river. Between the mouth of the Durme and the Rupel, the southern flank of the Waalsand cuesta is outlined on the left bank of the Scheldt. Between Rupelmonde and Brucht, the Scheldt flows through the Hoboken breakthrough valley, a valley through the Waasland cuesta. 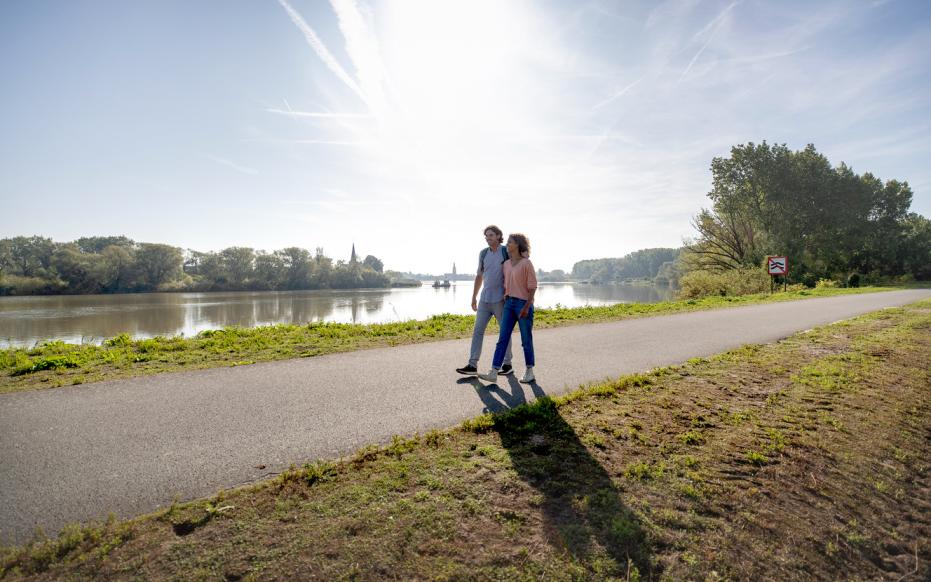 During the Pleistocene, the precursors of today's rivers of the Scheldt Basin converged in the Flemish Valley. At the end of the last ice age, it was dammed by the Maldegem-Stekene cover sand ridge. This caused the Scheldt, together with the Rupel, to use the "breakthrough valley of Hoboken. During the late glacial, the braided river system changed into a meandering river that carved itself deeply. A very last cold phase created a barren landscape and dune formation. From the Early Holocene, forests developed, turning the Scheldt into a small stream within a swamp forest. Rising water levels led to peat-filled gullies during the Middle Holocene. Later, the tide reached the geosite, causing locally a clay layer in the peat. Eventually, an inaccessible, marshy zone with pocket forests formed over the Scheldt Valley. 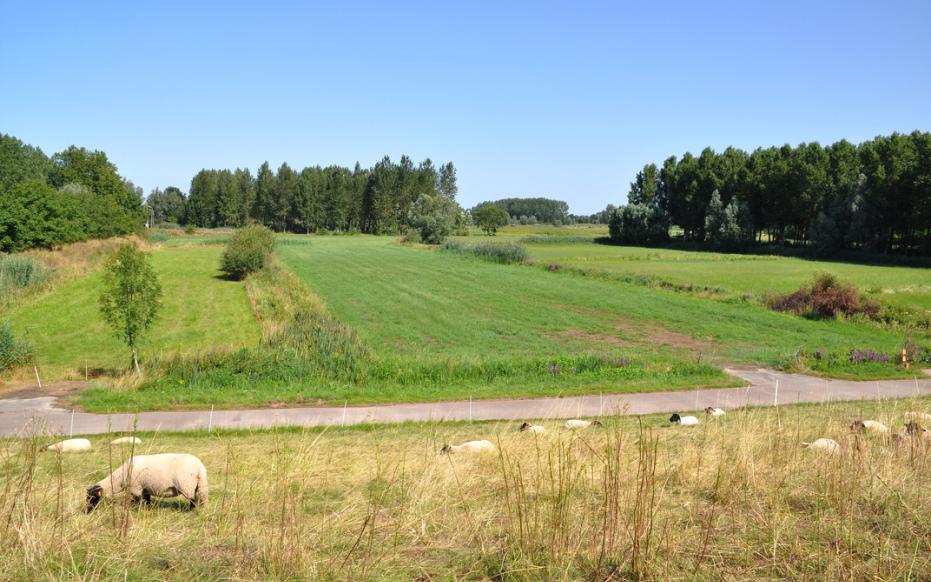 New carving of the Scheldt

As farmers began clearing more and more forest from the Neolithic period onward, soil erosion again added more sediment to the stream. A new meandering system developed, with smaller dimensions of the channel. This river broadly corresponded to the present course of the Scheldt, except near Weert, where the Scheldt later diverted its course and the "Old Scheldt" marks the former course. Since the breaking of the coastal barrier in Zeeland several centuries B.C., the tide penetrated further and further inland. In the early Middle Ages, it reached the region around Kruibeke. South of the cuesta, tidal influence remained very limited until about 1100 A.D. Under tidal influence, mudflats and salt marshes formed. 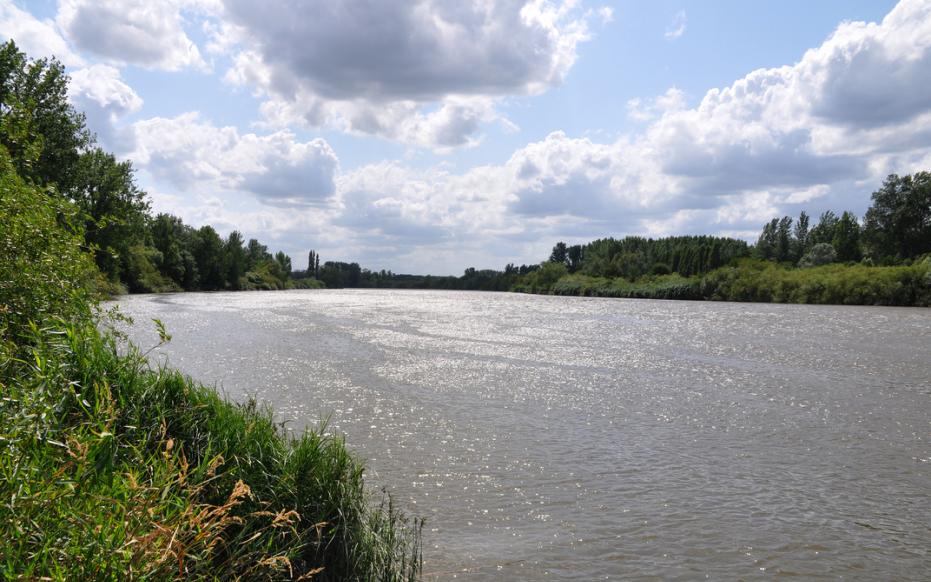 Increased flooding and tidal action during the Middle Ages created the need to dike in the salt marshes. These embankments took place from the 11th to the 13th century. Different phases of embankment gradually took up an increasing part of the valley. After embankment, the landscape developed into the inner dike polders and the outer dike tidal zone along the river. The polders were mostly used as hay meadows. People increased hay yields by breaching the dikes in winter, so that floods left behind a fertile layer of silt. Thanks to this system of fluvial cherries, the polders formed profitable land. The outer dike salt marshes were suitable for the cultivation of wijmen: the annual twigs of willows that were used in basket making and as brushwood for reinforcing dikes. These former grienden are now overgrown in many places, but the great variety of species still points to the former coppice management. 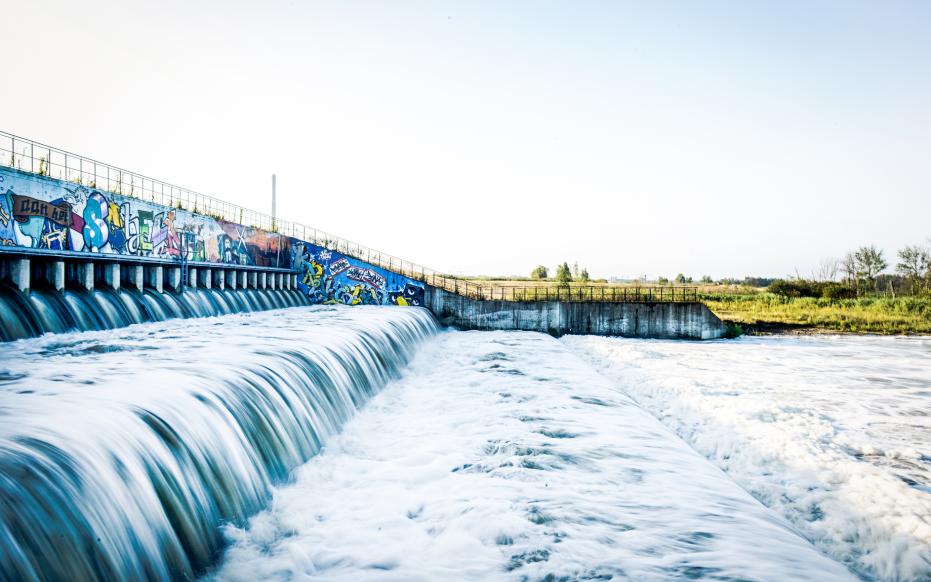 Fighting against the water

Over time, the bed of the Scheldt was greatly deepened and widened by increasing tides, as evidenced by the difference in size between the tidal "Old Scheldt" near Weert and today's Scheldt. Parts of this geosite are included in the Sigmaplan and are being de-poldered or transformed into controlled flood areas with sluices in the historic dikes along the Scheldt and new ring dikes around them. It concerns Vlassenbroek, Wal-Zwijn, Lippenbroek, Schouselbroek, cluster Bornem, the polders of Kruibeke, Bazel and Rupelmonde and Burchtse Weel. Through these interventions, the tide will gradually blur the historical percel structure.