This geosite concerns an extensive dune area northwest of the line Westenschouwen - Burgh-Haamstede - Renesse. The landscape was created by the penetration of the sea in the northwest of Zeeland. The sea brought sand, creating protective sand barriers. In the course of the Holocene, the rate of sea level rise slowed down and an almost continuous beach wall formed. However, an opening remained at the site of today's Eastern Scheldt, which at the time was the mouth of the river Scheldt. 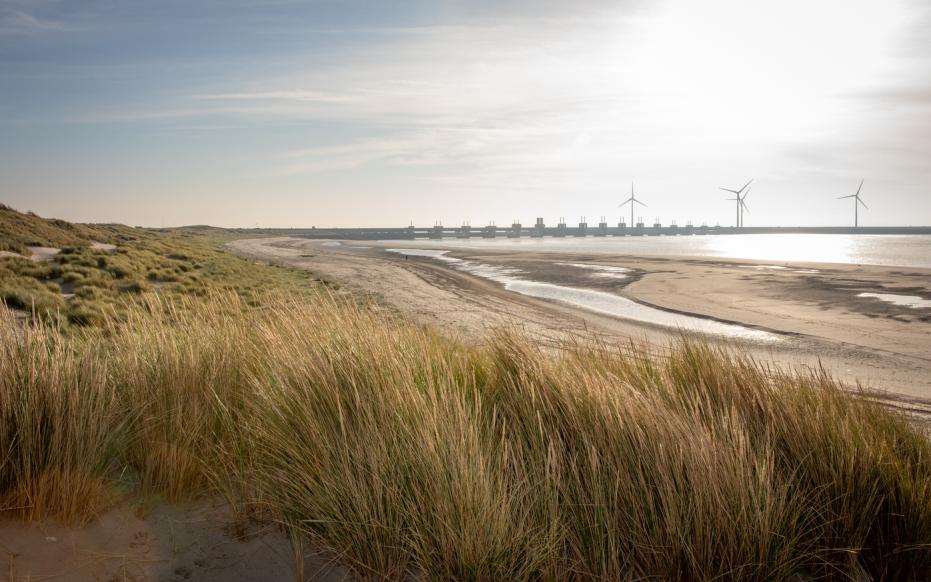 The first phase of shifting took place between 900 and 1300 A.D. and was possibly caused in part by a decrease in vegetation due to cattle grazing and marram grass harvesting. cultivated Old Dunes on the western side of Schouwen became overgrown as a result from the 10th century onward. In the 12th century, dune activity accelerated and parabolic dunes formed, moving inland at a rate of up to 25 meters per year. This phase included the formation of the Sea Dunes. In the 13th century, the east and south sides of the dune area were again established by man with vegetation. 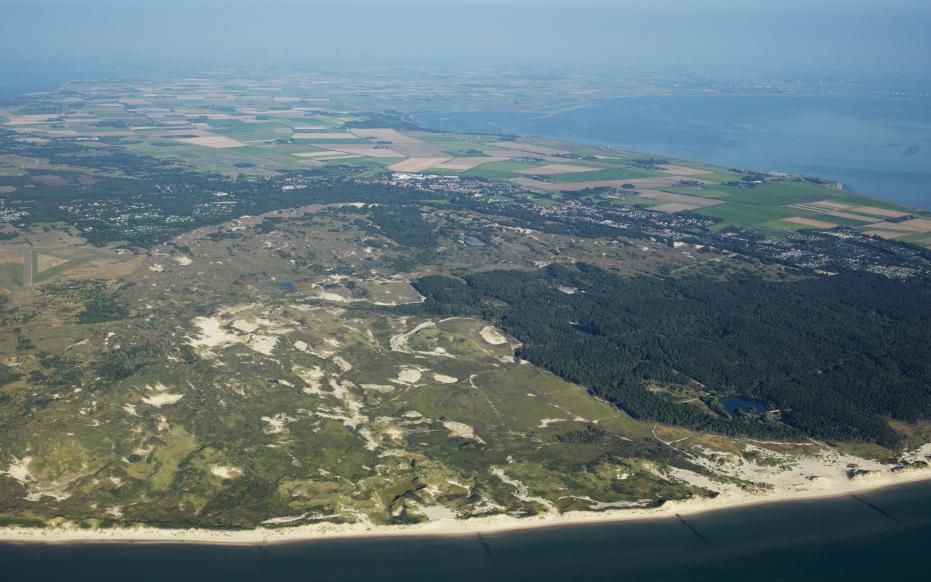 The second shifting phase began around 1600 A.D. and continued until the 19th century. This phase of dune formation is linked to changes in the tidal regime of the Eastern Scheldt.  Storm surges in the first half of the 17th century led to much land loss inland along the Eastern Scheldt. This created the Hammen gully, which eroded the southern part of Schouwen. Coastal erosion again made a lot of sand available for shifting.

The "Meeuwenduinen" and the "Verklikkerduinen", among others, were formed during this second dune formation phase. On the west side of Schouwen, the Younger Dunes from the second phase cover those from the first phase. On the north side, they cover the Old Dunes. 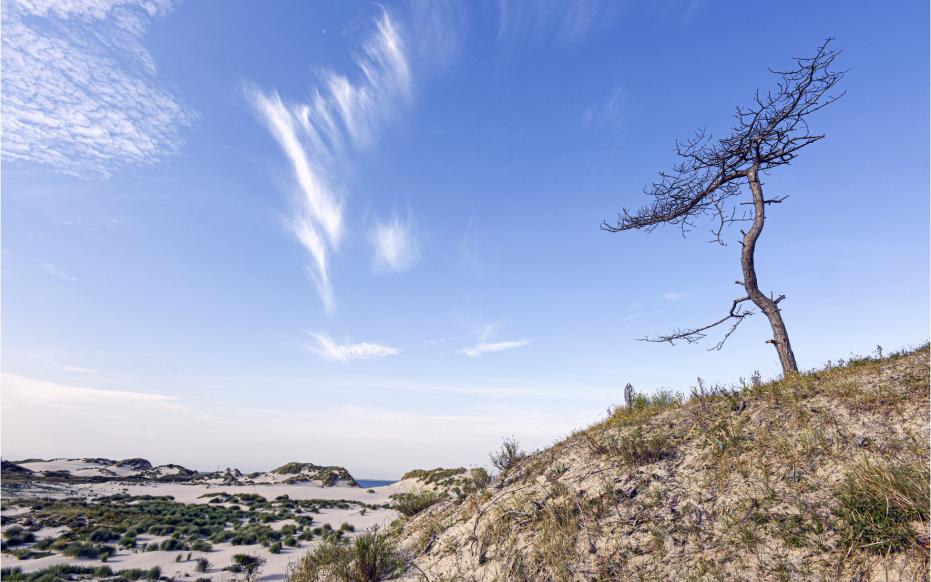 The west coast of the Kop van Schouwen consists of a breakaway coast, where the base of the dune has been eroded by storm surges. On the north coast, coastal erosion does occur. This is how Verklikkerstrand formed. Starting in the 16th century, an elongated beach developed here that was attached to land on the southwest side and extended into the sea on the northeast side: a beach hook. A new row of contiguous primary dunes formed on top of this. Between this primary dune row and the older primary dune row along the older beach behind the beach hook, there is a primary dune valley. With continued coastal erosion, this process can repeat itself multiple times, creating a landscape with alternating rows of dunes and dune valleys.