This geosite is located in the outer dike area along the Volkerak at the mouth of the former tidal channel the Steenbergse Vliet. On the west side the area is bounded by the Scheldt-Rhine Canal. Originally, the Dintelse Gorzen were part of a brackish tidal area, as the sea broke through the almost continuous barrier of sand barriers. The tide penetrated and the peat pack in and around the channel was worn away. Beyond that, the sea again deposited sand and clay on the peat, forming a tidal landscape of salt marshes, mud flats, gullies and flats. Tidal action has disappeared from the area since the damming of the Volkerak and Eastern Scheldt estuaries. 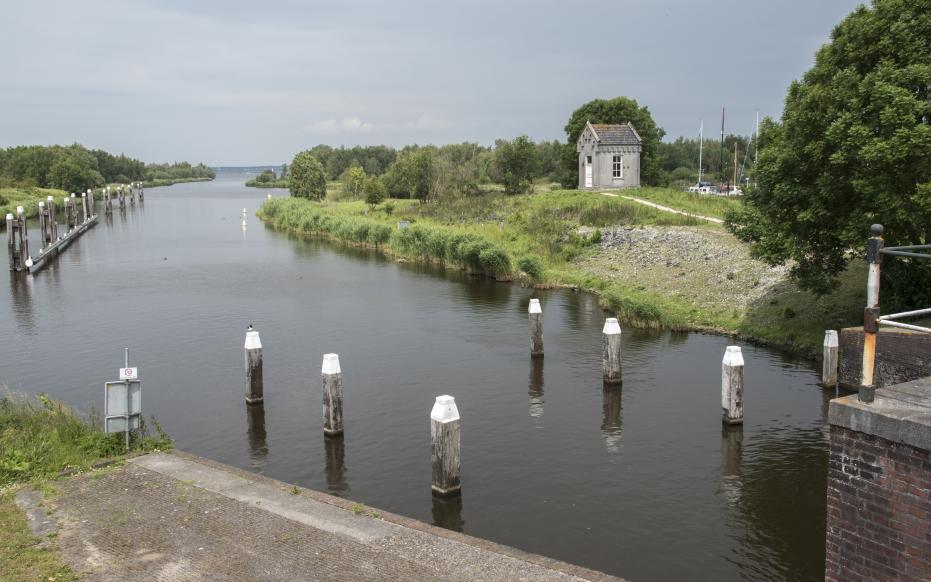 In a tidal area, the tide carries sediment (sand and clay) from the sea gullies twice a day, some of which is left in the coastal plain. Because sand is somewhat heavier and is transported only by fast-flowing water, it is deposited mainly in and along the gullies. Between the gullies are plates that overflow at high tide. A thin layer of sand can be deposited here at high tide. The finer and lighter clay particles can also be transported at low currents and are deposited mainly during current recession, the reversal of tide to ebb. Plains attached to the mainland or islands are called mudflats. The highest parts are the salt marshes, which overflow only during very high tides (spring tide and storm surge). Here the water is supplied and drained through a branched system of small stream channels. Clay is mainly deposited on the salt marshes. In addition, they are often overgrown with salt-loving plants. The part of a tidal area that only floods during spring tides is called bunting here and further north in the Dutch coastal area is called salt marsh. 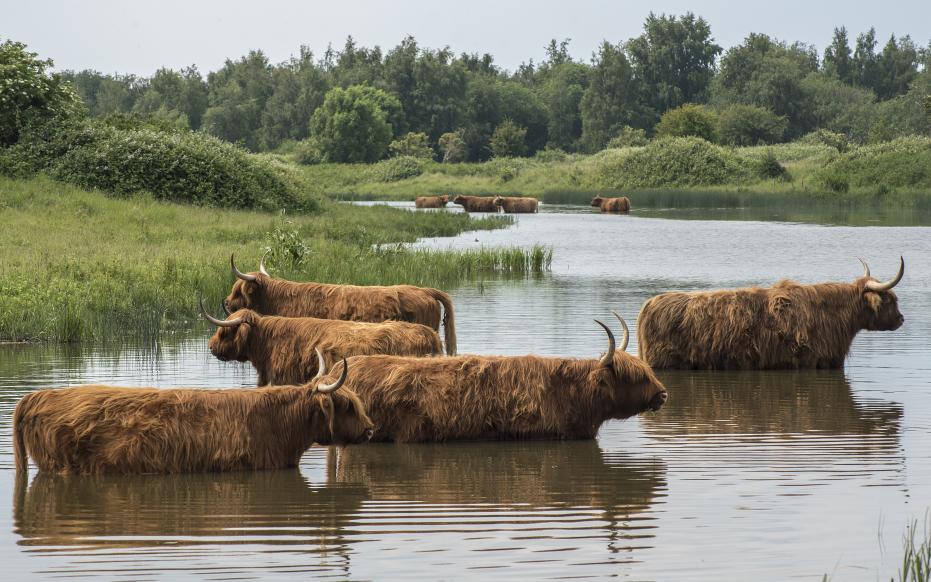 There are also height differences on the salt marsh. At the edge of the salt marsh, the depth of water at high tide is lower than above the adjacent slab, and the sand brought in by the tide settles as soon as the water floods the marsh. The edge that may form along the salt marsh as a result is called a salt marsh. In the case of the Dintelse Gorzen, however, the tidal influence has been removed by the damming of the Eastern Scheldt and Volkerak rivers.

The erosion and sedimentation caused by the tide has ceased, halting the development of salt marshes, mud flats, channels and slabs. Broadly speaking, the morphology, the shape of the landscape, has thus been frozen in time, as it were. Nevertheless, the landscape is highly subject to change: the lack of tidal action gives other processes a chance. Tidal channels silt up, but the Steenbergsche Vliet still drains water through the area. As a result, the environment has been sweetened and sediment can still be deposited at high river levels. Thus, an evolution to a freshwater river marsh is taking place, with new plant species colonizing the former tidal area. Today, the former salt marshes are overgrown with shrubs and trees.